Whale Navigation: How Do Whales Know Where To Go?

by Hina Irfan
in Opinion
0

Whale watching is an incredible opportunity that many hope to experience. If watching whales is on your bucket list, you need to plan the best time to go. Although now is the time to plan your San Diego whale watching October trip, there are other great times to go as well. Whales migrate at specific times of the year. Fortunately, they take the same routes each year, so it’s possible to time your whale watching opportunities just right. But, how do whales know where to go year after year and how to get there? While no one knows for sure, here’s what scientists do understand about impossibly accurate whale migrations.

Most whales have two specific reasons for migrating annually: eating and breeding. Many whales prefer to eat in cold water. This is because their favorite food – krill – lives abundantly in cold water. Unfortunately, the same temperatures that allow krill to thrive could kill off newborn whale calves who are born with a warming layer of blubber. So, whales travel long distances to find warmer waters where they can mate and give birth.

Astonishingly, different whale species have very different migratory patterns. Even large populations of the same species of whale may have a different migratory pattern than a different population of the same species. The best whale watching San Diego occurs between mid-December to late-April, when gray whales travel from their Alaskan feeding grounds to Baja, California. Then, they make the long journey back to Alaska again. While in California, the females give birth to calves and give them time to warm themselves in the water before guiding them north to colder waters in the early spring. There is a stretch of water within 70 miles of the coastline in San Diego that lies along the migration path. If you go to this spot at the right time, you may get lucky enough to see several views of calves and their mothers.

It is thought that whales know where to go each year because the adults in their pod lead them to the same places year after year. They may also be able to sense what direction they are headed by following magnetic cues in the earth. Scientists continue to be baffled by the remarkable precision whales exhibit when traveling from feeding grounds to breeding grounds and back.

One pod of humpbacks was tracked for 120 miles while migrating. They moved in very straight lines, only veering 1 degree or less off course at times. Scientists hope to reveal more about whales’ incredible sense of direction after further studies and research, but for now, the marvel of migration is still very much a mystery. Thankfully, it is a mystery you have the opportunity to witness first-hand. Now that you know the best time for whale watching in San Diego, you can book your excursion.

Whale watching is an incredible experience that is well worth your time. Whether you see a single whale or an entire pod, the sight is something you won’t soon forget.

Mouse Can be Dangerous for Your Health: Here is Why?

Mouse Can be Dangerous for Your Health: Here is Why?

The Types & Components of a Bench Vise

Tips on the Use and Maintenance of Bench Vises 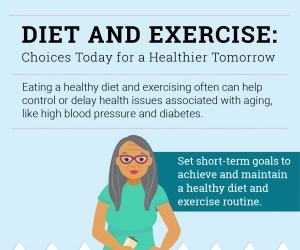 Why to Hire Cactimedia for Ecommerce Website Design and Development?